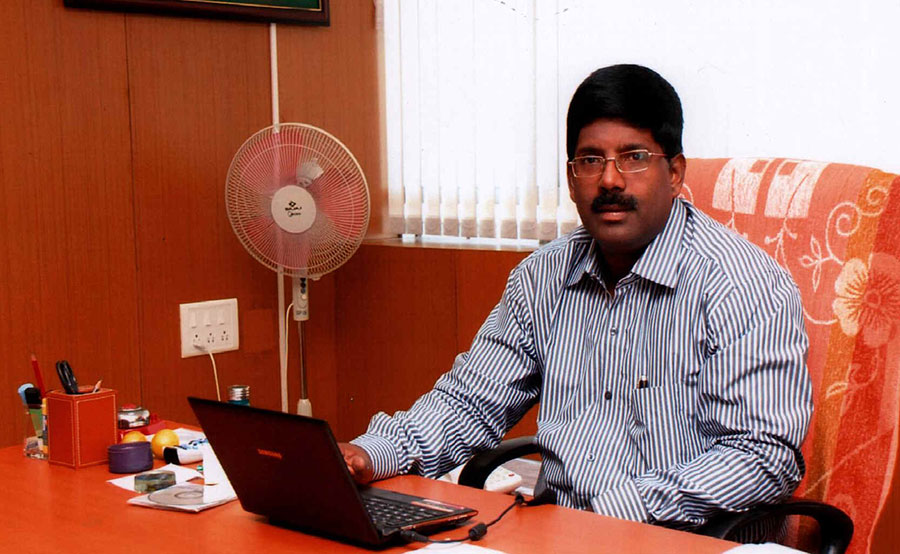 The FOP Movement was started in 1993 in Ramanathapuram (Ramnad) District, Tamilnadu by Mr.Prateep V.Philip I.P.S. when he was serving as the Superintendent of Police (SP). The FOP concept was born as the answer to the quintessential question-how can we (police) share power with the people? Though FOP emerges from the community policing philosophy, it goes even beyond community policing. Within a few months of its inception, nearly 1000 members of the public from all walks of life volunteered to become FOPs in Ramnad district. Following the Chief Minister's announcement recently after a state level conference extending the FOP movement to the entire Tamil Nadu it has received further fillip. It is expected that the movement will go a long way to transform the police image, open up channels of communication and provide a reservoir of goodwill, feedback, intelligence and manpower.

A survey of constables from all the police stations in Ramnad District revealed that whereas prior to the introduction of the FOP they considered(or felt) that they had no friends among the public, at a subsequent survey of the same constables revealed an improvement in their morale after they had begun to interact with members of the public. That was the impact that the FOP movement had had on them! The public found the police more accessible, friendly and willing to share power and responsibility with some of their own ilk.

When the movement was started in 1993 and the benevolent impact it had on the constables and members of the public was felt, several individuals from across the District border wished to be considered for the FOP membership. A presentation at the Chief Minister’s conference of FOP movement’s model and success led to the passing of a GO extending this scheme to bridge the Police-Public gap to the whole of Tamil Nadu in the summer of ‘94. This is considered as the “cornerstone” of this initiative which then spread its wings throughout the Nation and later brought global recognitions.

The prestigious British Queen's Award for Innovation in Police Training and Development was presented to Mr. Prateep V. Philip I.P.S, DIG, Intelligence from Tamilnadu. The award in 2002 came with a corpus fund of close to 11 lakh rupees which went into the setting up of a Mult-media Training & Documentation Center in Chennai which is focused on building better community relations between Police and public by providing training & awareness to both police officers and the community.

The impact and success made Mr. Philip think of making FOP a trans-locally and transnationally relevant movement which can serve as a blueprint for every conscientious citizen. With this in mind, he wrote to 40 leaders of community policing across the globe requesting them to disseminate this vision. This led to the Organization of International Criminal Justice, University of Illinois, Chicago publishing it in CJ Europe and on the World Wide Web entitling it-‘An International Blueprint for Community Policing”.

Articles on FOP were also published in

Several internationally - known police thinkers and writers like Dr.David Bayley acknowledged the power of the FOP concept. Dr Jan Wierda of the Netherlands police and a leader of community policing in his own right stated in a televised interview that the “FOP is one of the most powerful community policing programmes he has come across in the world.”

The paper on FOP accepted for an international East –West Sharing Experience Conference in Slovenia in 1996 is published on the website of National Criminal Justice Resources (www.ncjrs.org).

Presentations on FOP were made at several All India Police Science Congresses, Criminology seminars; National workshops including a National seminar on Crime Prevention in Chennai in 2003, in a seminar organized by the Institute of Social Sciences, New Delhi on “Smart Policing in the 21st Century” and recently at a National workshop in Bangalore on “Citizens’ Participation in Crime Prevention”. Several presentations on FOP were also made at the elite National Police Academy, Hyderabad, sowing the seed in the minds of police leaders across India.

Apart of the pan-India Overarching Community Policing Model, all States and UTs are looking for FOP as the only solution for Crime Prevention. The model is based on a decentralized beat policing as the foundation which serves as the force multiplier in Crime Prevention.

Innovation in policing requires an atmosphere of trust which can help create a Citizens’ Intelligence Network to augment national security and a willingness to experiment, exchange ideas both within & outside the police thereby empowering the citizens to contribute to crime prevention, detection as well as maintenance of law and order.

The purpose of FOP is to spread the concept of Community Policing. It is designed to increase the capacity of police officers to make instant decisions, engage in problem- solving activities and facilitate partnership between police and the public to make the police, people friendly and make the people, police friendly.

In a recent present study conducted in 2012, the Sub-Inspector (SI) cadets from the Tamilnadu Police academy were given Interview schedules to be administered to three members of the public in the jurisdiction of a particular police station and they were asked to gather data on FOP and other initiatives in community policing. A structured testing on awareness, existence and contribution of FOPs in the field was done. The study was conducted by eliciting information from the general public on the contribution of FOPs to society and their limitations / challenges.

Objectives of the Survey

Samples: The samples for the study involved the Station House Officers and the general public associated with policing. Accordingly 225 samples were obtained to elicit information pertaining to involvement of community in policing.

Survey Conclusion – The study findings clearly show that the general public are aware of the FOP movement and prefer being a FOP taking pride in partnering with Police in serving the country and society. It is also seen that a majority has mentioned that the benefit of being a FOP is to maintain a relationship with the police department along with gaining recognition for their service.